By Ulf The Viking King Of Northumbria | Mead History 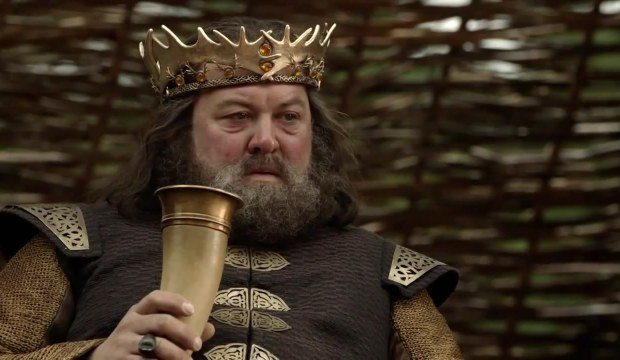 Is mead the first fermented drink?  The answer of course is…Yes.  Yes  it is.

A word of caution: you’ve come upon this information from a biased author. You see, good reader, I am a viking who drinks nothing but glorious mead. So did my father, and his father’s father, and his father’s-father’s-father (you get the point). Frankly-speaking it seems to me a complete mystery why anyone would think differently. Despite these deficiencies, and to put the matter to rest, I will prove beyond any doubt that mead is, in fact, the oldest fermented drink.

Afterward I know that you will be totally convinced of the veracity for my argument. Leaving this post you will feel an overwhelming sense of clarity and relief at attaining such knowledge. I also know that you, like me, have been ruminating on the subject for quite some time – else, why would you be here?

Since we’re in the spirit of full-disclosure, please note:   I won’t be offering any support or counter-arguments for other lesser drinks – wine, beer, and the like.  Naturally, as a Viking, I know nothing of their history, and, at present, am too damned lazy and drunk to look into it. 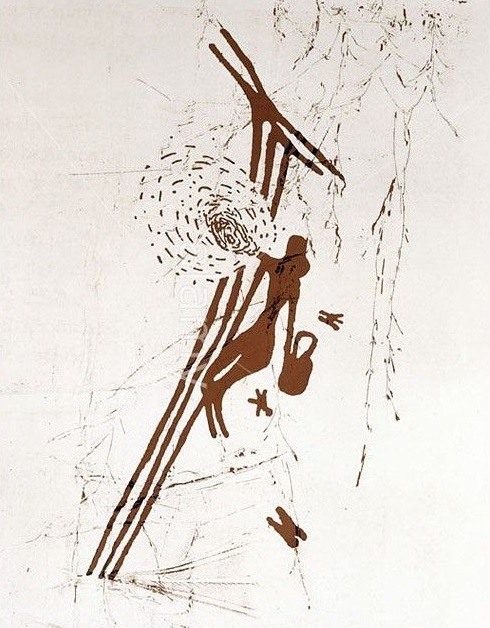 Tucked away about 25 miles southwest of Valencia, Spain in the river valley of Escalona known as Bicorp, you’ll come upon a series of limestone caves.  Referred to by the locals as the “Spider Caves” or La Cuevas de la Araña, it is here on theses walls, where you’ll find the earliest depiction of honey gathering anywhere in the world. Conservatively dated at 8,000 BC, some archaeologists’ estimates place the artwork at a much older date of 13,000 BC!

While it isn’t definitive proof that mead was being made, it proves that early man was actively searching out and collecting honey. It also dovetails nicely with the next bit of evidence…

Before the advent of modern agriculture, in which hardier crops were imported from around the world for cultivation;  the hops, grapes, and starch-based grains sufficient for alcohol production only grew in certain parts of the world.  Honey bees however were – and continued to be – everywhere (well, everywhere you’d want to live at least)!

Given the wide range of both, there were plenty more chances of humans finding honey than other alcohol-bearing produce.

Mead Evidence #3:  Honey Is Available In All Seasons 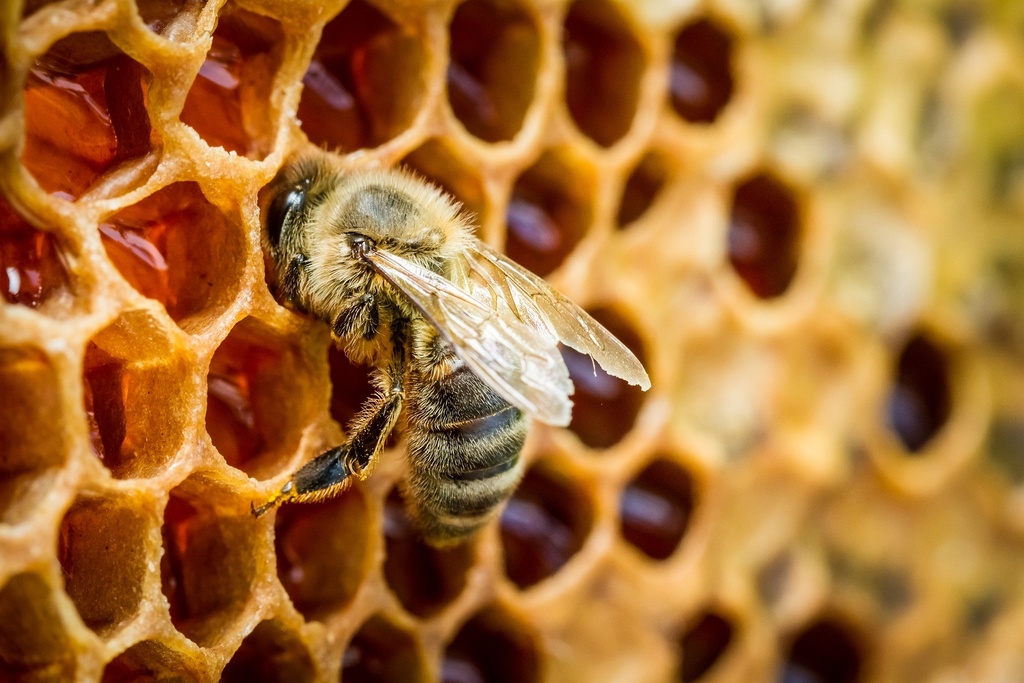 Closeup of bees in a beehive on honeycomb

While vineyards, wheat-fields and grain-type plants only produce their fruits during the summer to fall months, honey is available in the hive all year long!  Granted, in the winter months bees may slow down and hibernate, but there honey remains in tact, if just a little frozen.

I surmise that early human would have thawed frozen honey in boiling water to transform it to a liquid state, (which is, by-the-by, one of the steps in mead-making).  So in addition to being everywhere in the habitable world, honey was available anytime!

Let me be clear here:  good mead takes some effort and practice. Alcoholic “honey-water” however, is really easy to make.

All you really need is an airtight vessel, honey, water, and a enough nascent yeast spores in the mix to create alcohol. According to archaeologists, Neanderthal man, some 30,000 years ago, had the tools necessary to make animal skins smooth.  So it’s not hard to imagine them fashioning the skins into a leather pouch or “bota” for carrying water.  It’s also not hard to imagine them using the satchels for both water and honey collection, or both at the same time.

Mead Evidence #5:  Mead Is Getting Hosed 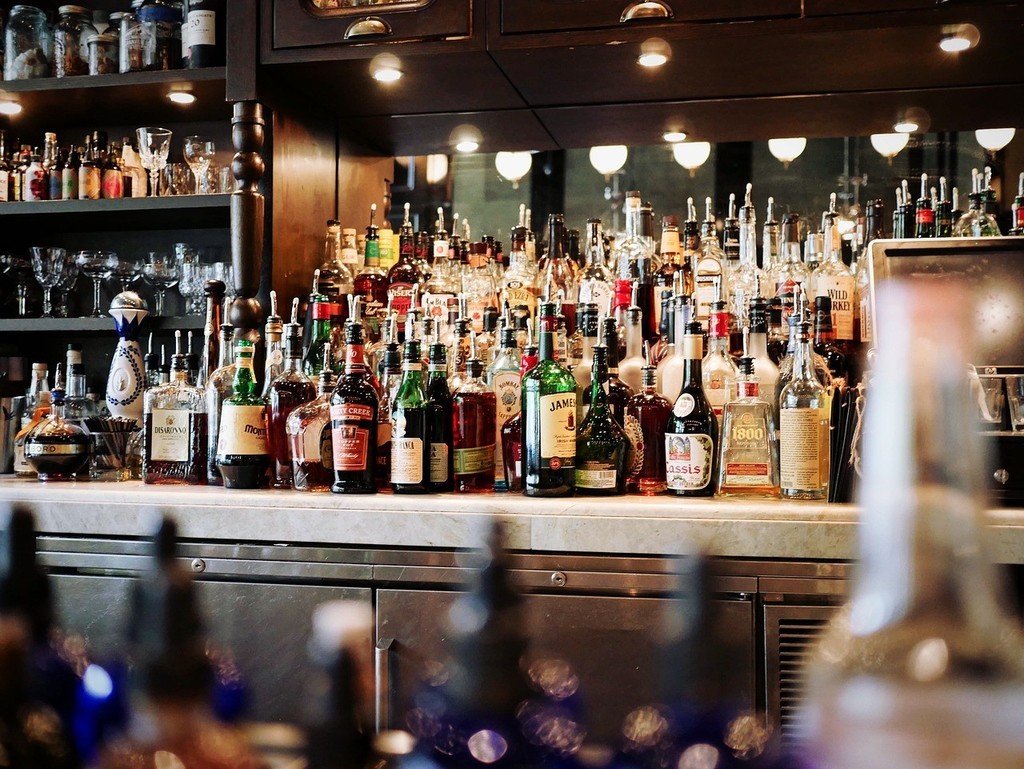 I’ve Looked, There’s No Mead In This Bar

Unless you been living squarely under a rock, you’re probably aware that most everyone drinks beer, wine, or those ghastly hard spirits.

At present hardly anyone drinks mead.

It would seem that regular mead-drinkers are comprised of a small contingent of dedicated brewers, a slightly larger contingent of renaissance-fair aficionados, and Christmas revelers. Vastly out-numbered, the mead-camp simply doesn’t have backing to support their rightful claim as the oldest human-made alcoholic drink.

To this sad reality I say:  do all you can to promote our cause.  We WILL win and the spoils of victory will be great!

Well there it is.  All tidily put together in a nice bow.  Despite your initial misgivings, I think you’ll readily agree that mead is the oldest alcoholic drink in the world.

If you care to refute the volumes of evidence put forth in my expertly penned post, kindly leave a comment, where I will then duly ignore it!

Now where’s my next glass of mead?!?